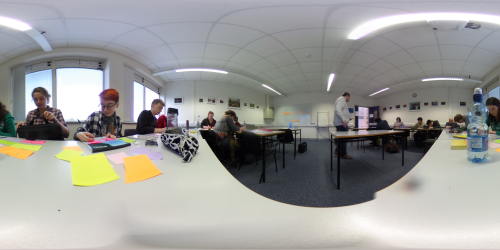 I AUDIT MY SOCIAL annually and in early 2023 I'm joining a group of aritsts in County Laois to get their appraisal of how I create and share online. 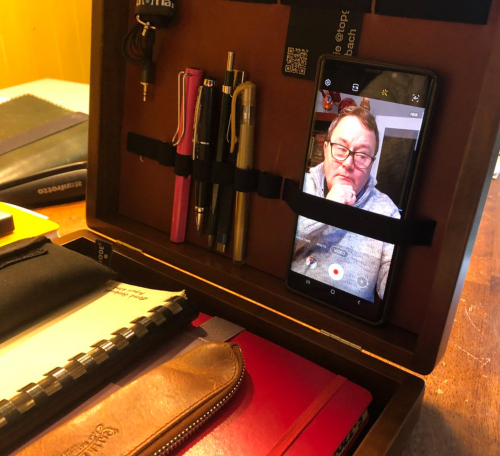 I GOT A WALNUT Writer's Box as a combination Christmas Birthday present and now am mesmerised by the thought that I have a tool that my Irish ancestors might have used as they integrated into America in the late 1800s.

The box is modeled after one used by Thomas Jefferson but mine is made of walnut instead of mahogany. 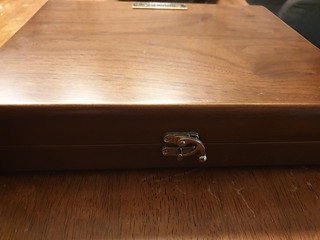 And Jefferson's was crafted in Philadelphia in the 1770s while mine was made in Turkey in 2022.

[Bernie Goldbach is getting back to his ancestral roots by resettling in Ireland.] 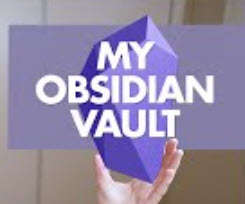 THE DIGITAL TRANSFORMATION module offered by the Technological University of the Shannon attempts to ensure the people who immerse in the study of digital transformation will refine and improve themselves through an iterative refactoring of specific digital processes that thought leaders have identified as prime movers in the arena of digital transformation. 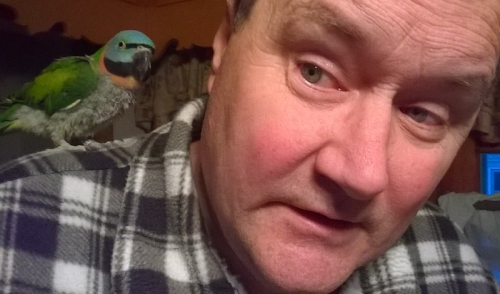 AS TWITTER ATROPHIES and Mastodaonie tries to find traction, I'm going to reintroduce blogging into the university modules I teach. And for the month of January, I'm resolved to create at least two blog posts a week.

The posts won't be all on my Old Skool Typepad because I've a microblog now as well as SharePoint News sites I've set up with RSS. Perhaps I can link to all of those locations by putting hyperlinked footnote at the bottom of each of the locations.

Experimenting with thoughts connected by images 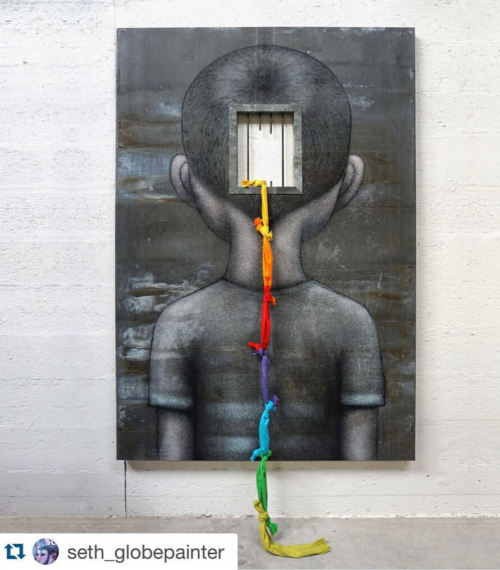 I AM SETTING UP several new academic modules for early 2023 and believe I we can learn from images that students snap, scrape, and share. The process involves using Flickr groups in which students can directly upload content from their handsets' share sheets. 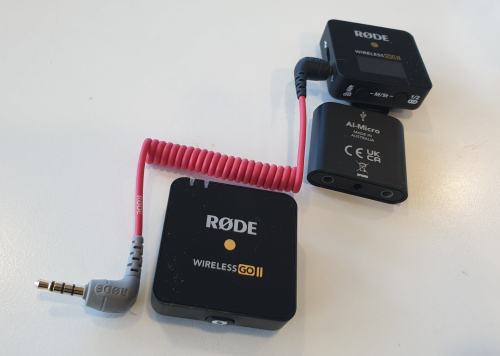 If you follow my Instagram or my Flickr photos, you'll know that I have a lot of old equipment along with some new stuff. I talked about both of those types of equipment and also about how we are setting up behind the scenes recording "Heritage and Stories" with the Tipperary libraries. This is important because I'm hoping that some of the people who join us--young kids on the youth media team and the librarians that are part of the staff--might listen to this Topgold Audio Clip and learn what's happening behind the scenes.

“How do I choose which Mastodon server to join? It’s SO CONFUSING! I just want to sign up to ‘Mastodon’!”

This seems to be a common refrain from some people exploring Mastodon as part of the Twitter migration/exodus.

The reality is that the Mastodon server you join is most important in the beginning when you are trying to discover new users. Over time, and as you follow more and more people, the server you are on becomes less important. 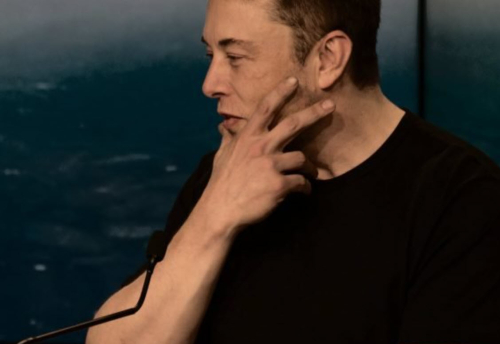 It used to be cocaine that was, as Robin Williams had it, God’s way of telling you that you have too much money. Now it’s buying Twitter for $44 billion and setting fire to it.

But perhaps there is some continuity here. Both drugs heighten the sense of invincibility you feel while you are making a complete fool of yourself.

Elon Musk has made himself the idiot savant of our times, half genius, all man-child. Yet he has, in the process, illuminated two important truths about contemporary culture.

The first is that there really is such a thing as having too much money. Right-wing economics is based on the belief that the super-rich will ultimately use their vast wealth for the common good. Musk seems to have set out to disprove this thesis by a spectacular demonstration of the wanton wastefulness of excessive riches.

We’re living in an age of grotesque inequality in which a tiny number of people have cornered a vast share of the wealth. We’re no longer even talking about the top 1 per cent, or the top 0.1 per cent. Or even the top 0.01 per cent.

The theory is that these are the “wealth-creators” whose accumulation of such astronomical riches somehow benefits all of humanity. They are the Medicis or the Carnegies of our time.

Agent Musk has set out, presumably on behalf of the worldwide communist conspiracy, to explode such notions. For he has shown – like a global version of our own Seán Quinn – that there is a level of accumulation beyond which “wealth-creators” become wealth-destroyers.

It may well be true that, up to a point, the profit motive drives innovation. But profit gets boring. Too much of it leads to satiety and saturation.

A much more potent and primitive force takes over: megalomania. Beyond the satisfaction of basic needs, beyond security and comfort, there is the search for status, the need to be number one.

And this drive is unbounded. The manic ego knows no limits. Its hunger for domination is insatiable. It eventually takes the shape of an ouroboros, the ancient symbol of a serpent eating its own tail.

It becomes, even by the very narrow measure of money, destructive. Musk has managed, not just to incinerate his own investment in Twitter, but has seen the value of its main enterprise, Tesla fall by half.

The top 10 investors in Tesla have alone lost $133 billion since Twitter’s board accepted Musk’s buyout in April. It must surely be dawning on them by now that, even for lovers of buccaneering capitalism, the madness induced by excessive wealth corrodes the very thing it seeks.

We also have to thank Musk for exposing the myth of libertarian devotion to free speech. His fairytale transformations from self-declared “free speech absolutist” to whiny little snowflake to authoritarian censor is this season’s premature Christmas panto in which the whole Twitter sphere gets to call out: “Oh no he isn’t.”

It has long been obvious that the libertarian commitment to free expression is mostly one-sided: I have absolute freedom to say what I like but if you answer back, you are oppressing me. For the over-privileged (and yes they are still nearly all rich white men) “free speech” really means “Shut up and listen to me.”

Yet no one has managed to make this point so clearly and memorably as Agent Musk. What he got for his $44 billion is a big red card to wave at his enemies and rivals and send them off the pitch.

Presumably he got jealous of Antonio Mateu Lahoz, the referee who issued 15 yellow cards in the Argentina-Netherlands match at the World Cup. Musk needed to prove he could be an even more ridiculous martinet. It does not seem to have occurred to him that if he keeps sending people off there will be no one left to play the game.

Musk banned an account that uses public information to track his private jet and those of Russian oligarchs. Then he banned journalists, some (like Donie O’Sullivan) more or less randomly, some (like Linette Lopez) because they have been reporting critically on his business practices. Then he banned links to the rival social media platform Mastodon.

This is tantrum capitalism. Any notion of making Twitter a profitable business comes a very distant second to the instant self-gratification of banishing the insolent and the impertinent from the perfect realm of Musk’s digital Freedonia.

The (not unreasonable) criticism of Twitter used to be that it is an echo chamber. Yet, in the Greek myth, Echo was ultimately destroyed by Narcissus, who fell in love with his own reflection. At the end of the story, the echo and the narcissist both withered away and died.

Musk has provided 21st-century feral capitalism with its own moral tale of self-destruction. The narcissism that springs from excess wealth kills the thing it loves most: itself.

[Opinion column written by Fintan O'Toole, The Irish Times, December 20, 2022. Links inserted by Bernie Goldbach to aid in classroom discussion with a class of students studying digital transformation. Paper copies of this opinion piece have been archived in the Clonmel library of the Technological University of the Shannon.]

Inside the Media Literacy Tent Learning Methods of Fact-Checking 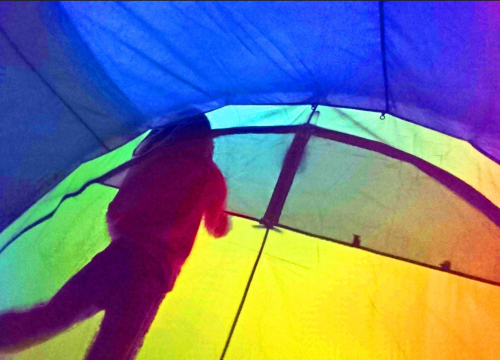 By Bernie Goldbach in Clonmel

WE WERE A CAMPING family several years before COVID and as a teen, I spent several weekends in a snow-covered campsite. I'm thinking about these passages of time as I head to the annual Media Literacy Ireland conference where I will learn about programmes to alert people to the importance of fact-checking things such as the challenges of winter weather.